DJ Jenny D: What she said, really meant and definitely did not 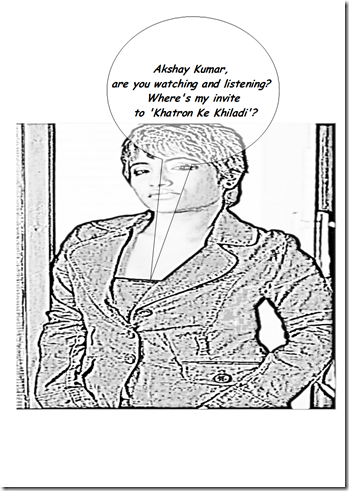 Mumbai-based DJ Jenny will go nude to raise funds for the Indian national hockey team. Her decision comes in the wake of the uproar against a meagre Rs. 25,000 offered to the winners of Asian Champions Trophy. The Indian team beat Pakistan in the final to clinch the inaugural edition.

There were stories of our hockey players not being able to afford the right footwear before the final. The measly prize money was only adding insult to injury. Compare this to the way cricketers are treated. The injustice is there for all to see. It’s a matter of serious concern.

A couple of portals have already approached me to buy the images. There’s also an international men’s magazine that has offered to pay me Rs 10 lakh for a nude cover shoot that would have just three hockey sticks in the frame.

Jenny is aware that her mode of raising funds will draw critics like flies to uncovered jam:

There are bound to be critics but when you come across injustice, you shouldn’t consider detractors. People in India don’t want to get out of that traditional shell. They forget we are in the 21st century.

Jenny D previously posed near-nude for a print campaign demanding reservation for women in the education and employment sectors.

“The hockey team (and I) really need the attendant publicity. At least, that’s my argument.”

I have been an IT professional with over 12 years professional experience. I'm an B.Sc. in Statistics, M.Sc in Computer Science (University of Mumbai) and an MBA from the Cyprus International Institute of Management. I'm also a finance student and have completed levels I and II of the CFA course. Blogging is a part-time vocation until I land a full-time position. I am also the author of three books, Those Glory Days: Cricket World Cup 2011, IPL Vignettes and Poems: An Anthology, all available on Amazon Worldwide.
View all posts by LINUS FERNANDES »
« Rajpal Singh: What he said, really meant and definitely did not
Shashank Manohar: What he said, really meant and definitely did not »